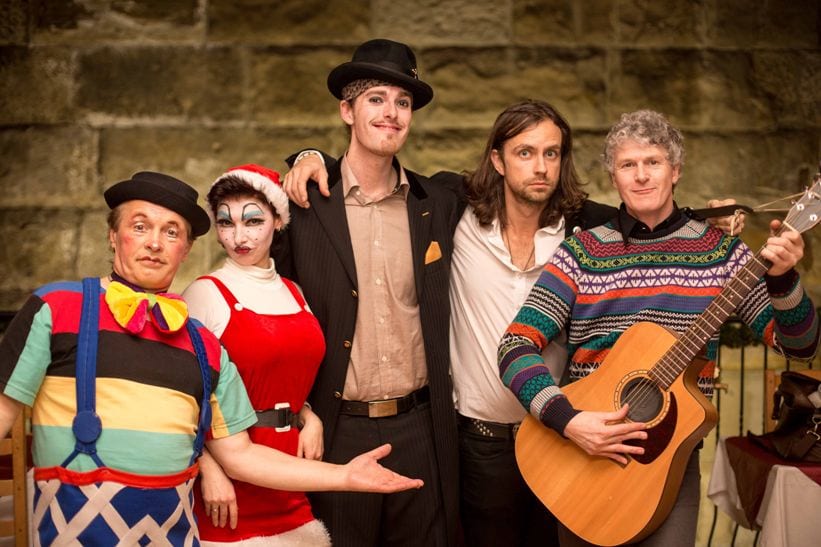 We were promised yet another night of variety and wonder and we weren’t disappointed. It was the second Quayside Cabaret night orchestrated and hosted by Chris Cross, the North East’s favourite Magician. This second event was hosted by Prima Restaurant on Newcastle’s Quayside and featured an eclectic mix of talent from the North East and afar. The intimate yet comfortable setting provided the audience with an ‘up close and personal’ view of the performers.

We were provided with an excellent three course Italian meal prior to the show which was included in the price. As the audience tucked into Prima’s delicious Pizzas and pastas as they were dazzled by Chris Cross’s slight of hand magic which he performed from table to table. The £25 ticket price was again starting to look like a bargain before the show had even started.

The show was opened by Chris who dazzled us with stunning magic and his own special brand of humour. To get things going, our favourite ‘cheeky chappy’ removed an audience members bra right under our noses.

The first act was Carl Cape – a proper Geordie folk singer. The uber talented Carl had us tapping our feet along to his upbeat folk songs about the North East. With some Christmas songs thrown in, Carl left us bursting with Geordie pride after his performance.
Top Russian Circus showgirl Roxana Bugrova was the second act. The colourful character treated the audience to an impressive mime act involving a coat stand, coat and hat which told the story of a fleeting love affair.

The third act was delivered by Harrison Richards the mind reader extraordinaire, who blew our minds as he predicted drawings from random audience members. Harrison also stunned us with his one handed, blindfolded completion of a Rubik’s cube which he executed within a matter of minutes.

The fourth act featured veteran Russian circus clown Vladimir Bugrova, who attempted an audacious balancing act which didn’t go quite to plan due to the small and slippery floor space. Nevertheless, his slightly calamitous act added some humanity to an otherwise flawless show.

Finally was the much anticipated main act, Chris Cross who simply oozed quirkiness which contributed towards his amazing stage presence. The world class act wowed the audience as he showcased some of his finest magical prowess and even beat his personal best time to escape from an asylum grade straight jacket.

This show was understandably a sell out and I have no doubt that the February Quayside Cabaret Club event will prove to be equally as popular. I urge anyone to buy their limited tickets quickly in order to see what this amazing Magician and his friends have up their sleeves next.