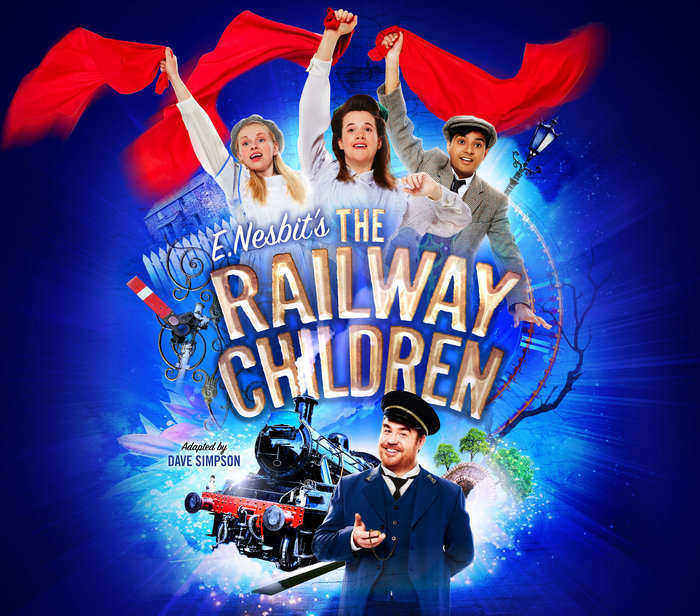 A faithful interpretation of the much loved children’s tale, this new stage version of The Railway Children tells the story of Roberta, Peter and Phyllis, and how their lives are turned upside down when their father mysteriously disappears with two strangers one evening.  Forced to leave the comforts of their privileged London life in exchange for a simple existence in the depths of the Yorkshire countryside, the fractured family soon discover new friendships and an unexpected secret that will change their lives forever.

First published as a serial in The London Magazine in 1905 and then as a book in 1906, the novel – a thrilling coming of age story and a fascinating insight into Edwardian rural life – has become a great classic and been adapted for TV and film multiple times. Most notable adaptations include the 1968 TV series which starred Jenny Agutter as Roberta and was placed 96th in the BFI’s 100 greatest British Television Programmes, and the iconic 1970 movie starring Jenny Agutter again and Bernard Cribbins.

Complete with beautiful period costumes and ingenious designs, this new production promises an uplifting theatrical experience for all ages, packed with intrigue, adventure, joy and jubilation.

E. Nesbit wrote and collaborated on more than 60 books of children’s literature and as well as The Railway Children is possibly best known for Five Children and It, The Treasure Seekers and The Phoenix and The Carpet.  Nesbit is credited for being one of the earliest ‘modern writers’ for children, for her ability to write of real life rather than imaginary worlds and for her extraordinary talent for evoking the English countryside.
Adapted by Dave Simpson and designed by Tim Bird, the production is by Exeter Northcott Theatre and Nick Brooke Ltd and is directed by Exeter’s Paul Jepson.  The cast includes Stewart Wright (Love and Marriage,Dr Who, The Vicar of Dibley) as Perks, Joy Brook (Peak Practice) as Mother, Millie Turner as Roberta, Andrea Davy as Mrs Perks, Katherine Carlton as Phyllis, Neil Salvage as the Old Gentleman, Vinay Lad as Peter, Callum Goulden as John, Andrew Joshi as Father/Doctor, Will Richards as Szczepansky and Sally Geake as Ensemble.

Paul Jepson said “I’m delighted to be bringing The Railway Children to Exeter and other wonderful venues across the UK with this fantastic cast. The show will be a faithful retelling of the story and will delight audiences up and down the country.”

The Railway Children is at Newcastle Theatre Royal from Mon 26 June until Sat 1 July 2017, playing evenings at 7pm, matinees on Wed 2pm and Sat 3.30pm. Tickets from £14.50.  Tickets can be purchased from the Theatre Royal Box Office on 08448 11 21 21 (Calls cost 7ppm plus your phone company’s access charge) or book online at: www.theatreroyal.co.uk

Read More »
December 15, 2021
PrevHave you read?Dining Experiments Set To Continue After Fenwick’s Success
Next read...Latest ‘Newcastle In The Sky’ Chef Has The Formula For SuccessNext