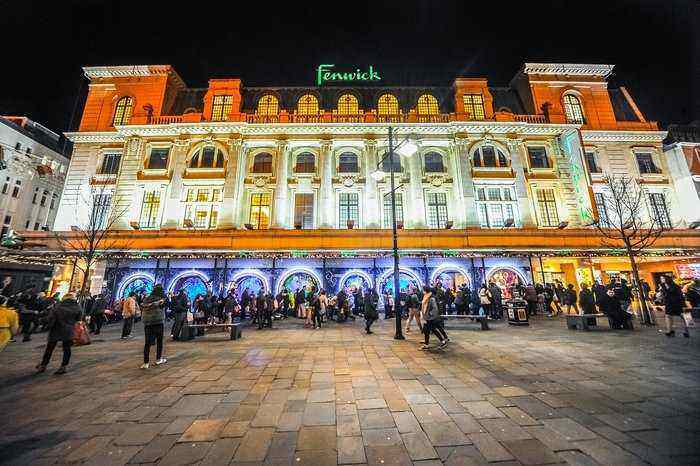 ALL EYES will be on Newcastle’s best-kept secret this November as Fenwick celebrates 45 years of lighting up Northumberland Street with its fantastic animated Christmas window display.

Over 2,000 spectators are expected to gather in excitement on 4 November to see the highly-anticipated theme revealed – an event that marks the culmination of 365 days of planning and up to 3,500 hours of work to bring the initial sketches to life.

The display at the flagship department store in the Fenwick group is one of the largest Christmas showcases in Europe and is firmly established as an integral part of the North East’s festive season.

Visitors who first came to see the windows 30 or 40 years ago have since brought their children and grandchildren to experience the atmosphere together, often travelling miles to view it up close.

The complex and detailed process involves elaborate storyboards designed in collaboration with German company One World Studio, which specialises in creating displays all around the world. The amazing scenes are then transported from Berlin to Newcastle where a team of technicians, animators and window dressers spend over five days installing it.

The music to accompany each enchanted display is composed and recorded especially for it each year by a team of 30 musicians over a six-month period.

The first animated Fenwick window was installed back in 1971, inspired by the impressive window displays the Fenwick display team saw in Paris. The directors of Fenwick liked the idea of creating something similar in Newcastle and took the bold decision to devote the entire window to animation. The debut Fenwick animated Christmas window display was based upon the popular TV series Camberwick Green and since then has featured characters including Oliver Twist, The Snowman, Peter Pan and of course Santa Claus over the years.

In 2015, the window scheme was presented as if looking out from a bedroom window, relating the story of a snowy Christmas Eve when Santa’s sleigh crash-landed on the roof of Fenwick. Santa was stuck upside down in a chimney but luckily was rescued by his elves and Christmas was saved.

This year, the window will be unveiled on Friday 4 November at 5pm, bringing sparkle once again to one of the UK’s most popular shopping destinations in Newcastle city centre.

Fenwick Newcastle, founded in 1882, is the original store and now one of the largest department stores in the UK. It is the indisputable highlight of any shopping trip to Newcastle, offering everything from fashion to food over five floors of an iconic building in the heart of the city centre. With thirteen stylish eateries and services including personal shopping it’s the ultimate retail destination www.fenwick.co.uk