The Vamps To Get ‘Up Close And Personal’ With Newcastle 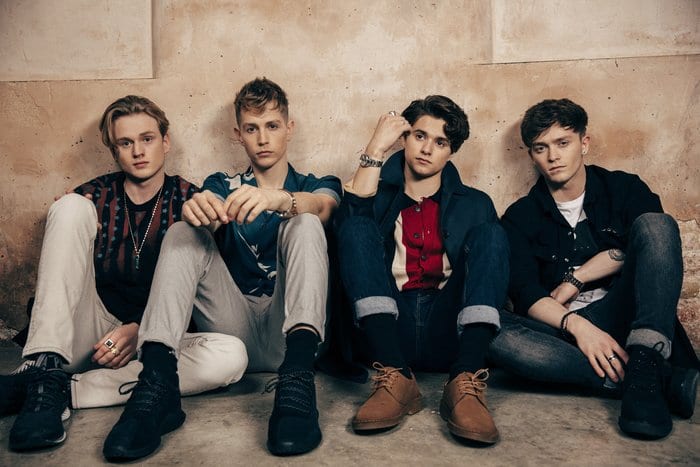 The Vamps have only just wrapped their massive UK arena tour this May but the British four-piece show no sign of slowing down. They will return with their ‘Night & Day – Up Close and Personal Album Tour’ – which will see them perform a series of intimate shows at selected venues around the country this July.

Tickets for these intimate shows will go on sale this Saturday 17th June at 10am from www.axs.com and www.ticketmaster.co.uk. A limited number of VIP packages are also available at each show and there will also be evening and matinee shows at Birmingham and Manchester. The tour coincides with the launch of their third studio album, Night & Day, which is released on 14th July.

With four world tours under their belt, most of which included arenas, the Night & Day – Up Close and Personal Album Tour gives fans a chance to get closer to the band than ever before. Ticket prices start at just £12 and are sure to be snapped up fast! The tour kicks off on 1st July at Birmingham O2 Academy, a homecoming for lead singer Brad Simpson and visits Leeds, Glasgow, Newcastle, Manchester and Sheffield before ending at London’s O2 Shepherd’s Bush Empire on 11th July. There will be evening and matinee shows at Birmingham and Manchester. A limited number of VIP packages are also available at each show.

Last month, the British four-piece released their new single Middle Of The Night, a collaboration with Martin Jensen. Upon release, the single stormed straight into the Top 5 on iTunes leading them to trend around the world on Twitter. Shortly after they announced their new album Night & Day and confirmed that it would be released in two parts. The Night Edition will hit stores first on July 14th and is available to pre-order now from https://TheVamps.lnk.to/NightAndDayPR. The Day Edition will follow towards the end of the year. Both albums will feature 10 new songs each plus a live DVD / download of The Vamps at their recent London 02 Arena show.

Middle Of The Night was the second single to be taken from Night & Day and followed in the footsteps of All Night, their biggest single to date. All Night hit a massive 230 million plays on Spotify globally, more than Niall Horan’s This Town, Rag N Bone Man’s Human and Little Mix’s Shout Out To My Ex.

For more information on The Vamps, please visit www.thevamps.net

Read More »
December 15, 2021
PrevHave you read?Diamond Is A Girl’s Best Friend
Next read...‘The Greatest Love of All’ At Newcastle City HallNext