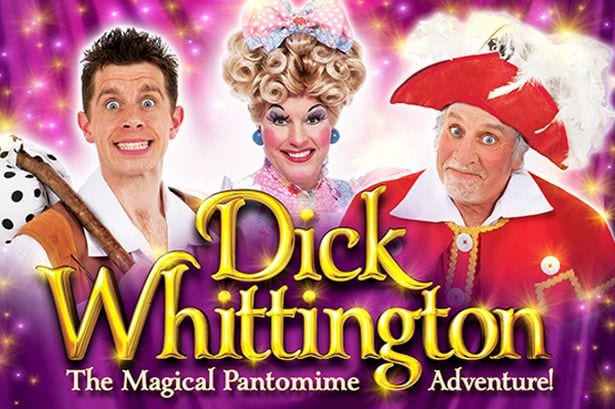 Over 1,000 seats will be filled by people connected with some of the North East’s most deserving charities including: Haven Tyneside, which works with homeless people to combat isolation and loneliness; Tickets for Troops, which provides opportunities for members of the Armed Forces and their families; the Barnardo’s Circles 2 Project, which supports women and children who have experienced domestic and sexual abuse and Smile for Life supporting disabled and disadvantaged children from the North East.

Four hundred of these tickets have also been distributed by the panto’s media partner Heart North East, to various local charities including the Tiny Lives Trust, which cares for premature babies at the RVI. Heart is supporting the famous panto all the way – in the run up to opening next week, right through until the final curtain on Sun 17 January 2016.

At the exclusive Dress Rehearsal, the audience enjoys a special sneak preview performance of the show, complete with full costumes and all special effects, before it opens to the general public on Tuesday 24 November.

The Dress Rehearsal is the last full run through the company will do before they unveil the show to the wider public, and as such it is highly polished, yet has all the fresh excitement and anticipation of a rehearsal.

Philip Bernays, Chief Executive of Theatre Royal Newcastle, said: “Every year we are inundated with requests for dress rehearsal tickets from so many deserving local organisations. Sadly we receive many more requests than we can accommodate, but we are delighted to be able to offer some of those charities tickets, so that people who may otherwise never see the pantomime can get the chance to do so.”

The Theatre Royal pantomime is renowned as one of the best in the country with its reputation for amazing special effects and top quality production values and this year Dick Whittington is no different.

Top West-End producer Michael Harrison once again makes the return to his home town as mastermind of the Theatre Royal pantomime, teaming up for another year with The Twins FX for the latest in high-tech wizardry where special effects and illusions are concerned.

Multi award-winning pantomime legends Danny Adams (Dick Whittington) and Clive Webb (Councillor Fitzfenwick) are back once again by overwhelming popular demand with more of their hilarious comedy antics – as always, expect lots of magic, mayhem, high jinx…oh, and watch out if you’re in the front row! The dastardly duo are supported as always by the North East’s best dressed Dame, Chris Hayward who continues to wow his ‘bonny bairns’ with the most glamorous array of costumes anywhere in panto-land!

WHERE & WHEN
Dick Whittington runs at Newcastle Theatre Royal from Tuesday 24 November 2015 until Sunday 17 January 2016.

TICKETS
Tickets are available from £12.50 (pay less online) and can be purchased at: www.theatreroyal.co.uk or from the Theatre Royal Box Office on 08448 11 21 21 (all calls are charged at 7p a minute plus your phone company’s access charge, calls from mobiles may vary, please contact your operator for details).