Goldilocks and the Three Bears get ready to burst into Toon 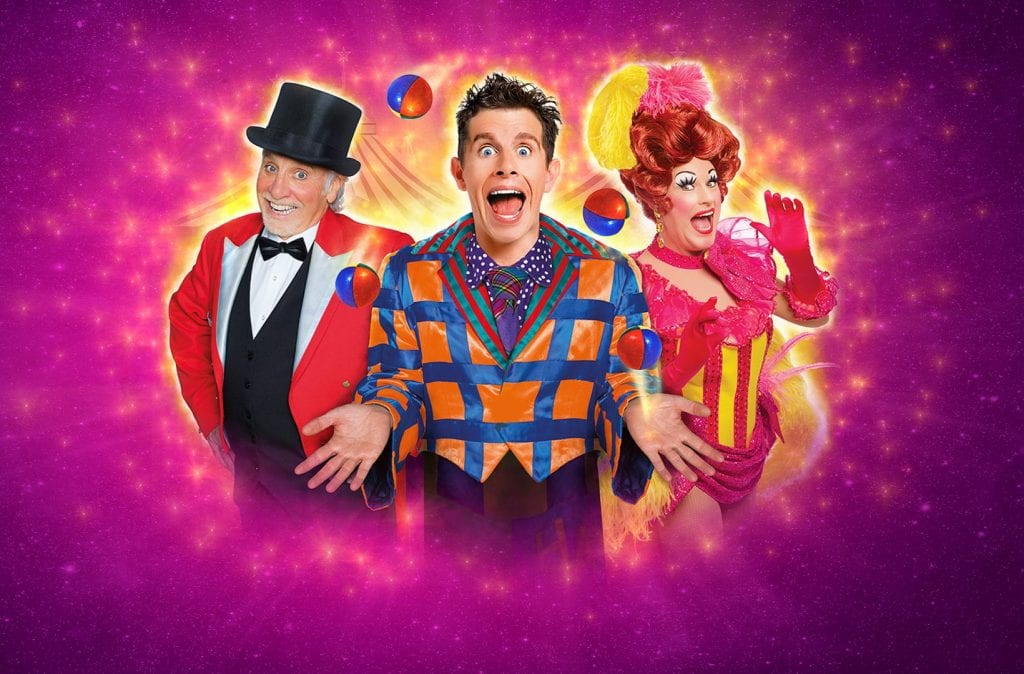 A rollicking adventure is once again in store at the Theatre Royal with seasonal favourites Clive, Danny and Dame Chris in Goldilocks and the Three Bears.

This year’s big top family panto extravaganza, starts next week, and boasts a host of jaw-dropping circus acts new for 2018.

Expect  magic, music, mayhem and plenty of porridge as Danny The Clown, Ringmaster Clive Webb and Dame Rita attempt to save their Big Top from disaster.

Produced by Qdos Entertainment, the world’s biggest pantomime producer, Goldilocks and the Three Bears– the Pantomime that’s just right! promises everything that Theatre Royal audiences have come to expect, and more.

Will Danny win the hand of the beautiful Goldilocks? It might just take three amazing bears to join the circus and save the day.

Theatre Royal pantomimes are widely thought to be among the best in the UK, due the winning combination of father and son team Clive and Danny and high production quality.

What’s more, Danny and brother Mick’s (‘The Idiot’) celebrity status continues to rise having just completed the first phase of filming for their own children’s TV show.

The cast for Goldilocks also includes the sensational musical performers Laura Evans and Wayne Smith, who have shone in the last two Theatre Royal pantos.

Mick Potts will reprise his role as The Idiot, and the North East’s own Pete Peverley will play one of the three bears.

And of course, the Theatre Royal’s favourite panto villain Steve Arnott will be darkening the stage with his dastardly deeds.

Theatre Royal Chief Executive Philip Bernays said: “This year’s production promises to be another spectacular show with a staggering 74,000 tickets sold two weeks prior to opening.

“We are so very proud of our pantomimes, but never wish to rest on our laurels.

“This is a competitive industry and we need to make sure that we are at the top of our game every single year.

“With Goldilocks and the Three Bearswe have a show that profiles Clive and Danny’s incredible circus skills to an extent of no panto before.  It’s going to be sublimely entertaining.

“It’s thanks to a superb cast, incredible staging, expert behind-the-scenes team and the talent of top West End producer Michael Harrison that we can keep delivering what is considered not only the biggest panto in the region but one of the best festive spectaculars anywhere in the country.”

Tickets are from £13 and can be purchased from the Theatre Royal Box Office on 08448 11 21 21 (Calls cost 7ppm plus your phone company’s access charge)or book online at www.theatreroyal.co.uk(only from 28 Nov for Goldilocks).