Three to see this weekend: Cartoons on Ice, Charge for the light and Gin on ice! 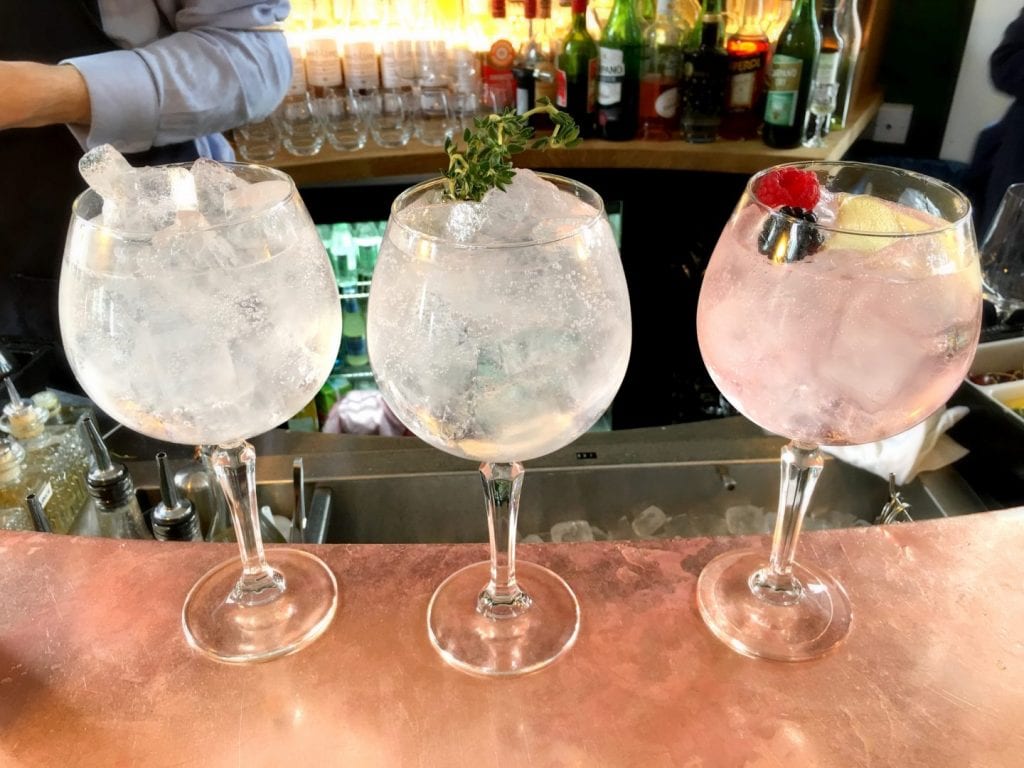 Well October is now upon us and as usual our bustling city has plenty to offer up in the coming weeks – after all Halloween is only a few weeks away and with it will come all sorts of ghoulish and ghastly events to participate in.

The magpies make the short trip down to Manchester for Saturday’s late kick off in search of that elusive first win of the season – and it’s always a great day when we beat Manchester United.

As always there are too many great events going on to mention them all – Seven Stories as always has you covered with great stuff for the kids.  Sunday sees the ‘Magical creatures’ event with Liz Flanagan (author of Dragon Daughter).

If it’s something a little more leisurely your after why not take part in the ‘Gorgeous Gosforth‘ walk on Sunday.

Starting out at corner of High Street and Moor Road South, Gosforth and concluding at All Saints Church this stroll around Gosforth looking at many of the great houses and remembering when this was the place for the seriously rich to live will be right up your street.

Courage leads the way, cutting the icy stage for Disney’s most adventurous dreamers at Disney On Ice presents Dream Big.

For the first time in Europe, join fearless Moana and the greatest demigod that ever lived, Maui, on an action-packed voyage to restore the stolen heart of Te Fiti, live on ice!  Get tangled up in Rapunzel’s hair-raising quest to see the floating lights.  Travel to mountainous Arendelle with Anna, Elsa and Olaf in a dramatic retelling of the sisterly love that saved a kingdom. And discover the strength, bravery and kindness that inspired generation after generation with Jasmine, Ariel, Aurora, Belle and Cinderella.

Bringing to life the 300 year history of England’s Northern Cavalry regiments, through fascinating historic artefacts, and hands-on activities and displays.

Charge! The Story of England’s Northern Cavalry unites the collections of the antecedent regiments of The Light Dragoons and also tells the continuing story of the Northumberland Hussars since becoming the Command & Support squadron of the Queen’s Own Yeomanry. Both regiments, which are formally affiliated to each other, are the only cavalry divisions today which exclusively recruit from the North of England.

The permanent exhibition charts the pivotal moments in the colourful history of these regiments, from the capture of Napoleon’s carriage at the Battle of Waterloo (1815) to more recent reconnaissance missions in Bosnia (1993), Iraq (2004) and Afghanistan (2009), and honours the vital roles played by those born and bred in the north of England.

Visitors will experience the journey many soldiers would have taken, from recruitment and training to front-line duties, and discover original historic accounts based on material from the collection. Using objects and artefacts from the regimental collections, the displays will showcase a selection of military objects and historical artefacts, including a flag captured from the Battle of Waterloo (1815), a shako (helmet) worn at the Charge of the Light Brigade (1854) and a suitcase used for carrying maps at the D-Day landings (1944).

Discovery Museum’s ever popular full size war-horse sculpture will be displayed in full ceremonial uniform and other highlights include a film installation of mounted hussars thundering towards visitors with swords raised in a cloud of smoke, as though on a 19th century battlefield and a digital Drill Sergeant barking orders at any willing new recruits.

The gallery has been made possible thanks to money raised by National Lottery players through the Heritage Lottery Fund (HLF) who provided a grant of £422,600 towards the redevelopment and an associated programme of activities and events.

Thai-Kwondo – Street food with a kick!

Back by popular demand our 2017 event makes a massive return in October 2018 at Wylam Brewery. Highly regarded as their “tastiest battle yet” Thai-Kwondo celebrates everything Thai with last year boasting ‘Rainbow Rad Thai’, Tom Kha Gai Noodles, Masaman Beef, and a cheeky ‘One night in Bangkok’. Following the exact same format as the Battle of the Burger, Slice Wars, Mexican Standoff and the infamous Argie Bhaji – basically a host of vendors offer a tasty taster portion for £3.00. The aim of the game is to sample each offering and cast your vote at the end of the weekend.

All food is purchased via token which can be bought at the front desk. These can be bought with by cash only. All bars accept cash and card.

Ok so we know this was a ‘three to see’ piece but no weekend is complete without some Gin related fun – and with so much going on in the city here’s another event to think about this Friday!

Gin and tonic has become the aperitif of choice in recent years. Hundreds of new distilleries are opening every year with us Brits now drinking over 30 million litres of the stuff every year. And it seems we just can’t get enough of this delightful juniper flavoured spirit. So why not join in for a gin masterclass and learn a little bit more about your favourite tipple!
You’ll also have the opportunity to enjoy 10% off a 3 course set meal afterwards.
Find out more on the website

Read More »
December 15, 2021
PrevHave you read?90’s Pop stars set to join in the fun for Bongo’s Bingo at the Boiler Shop this December
Next read...Local poet pens an ode to the Geordie dialect for National Poetry DayNext