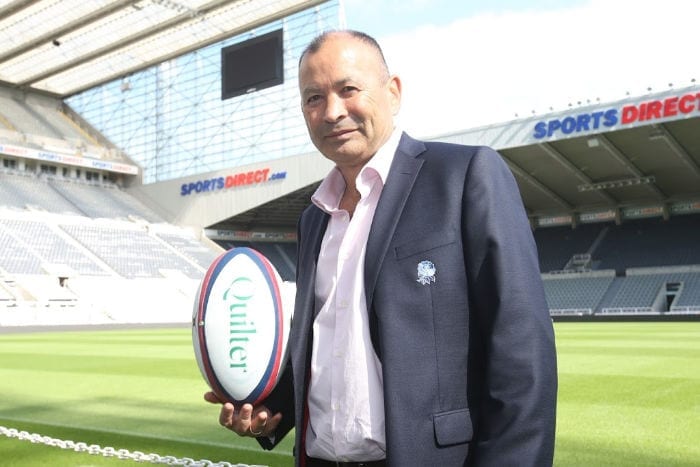 The England national rugby union team will play their first ever game in Newcastle in September, and tickets are now on sale.

The ground-breaking test match will see England vs Italy at St. James’ Park on Friday 6th September, the last fixture before the team jet off for the World Cup in Japan.

This is the first time an England fixture has ever taken place in Newcastle – the last time the national team played away from Twickenham was a 2015 World Cup game in Manchester.

Newcastle is quickly becoming a celebrated rugby city and will host the finals of the Heineken Champions Cup and Challenge Cups on 10 – 11 May, which is expected to see 90,000 fans enjoy the two games at St. James’ Park.

England vs Italy at St James’ Park will take place over the same weekend as the Great North Run (Sunday 8 September) in what is sure to be an exciting, vibrant and busy weekend across the whole city.

“I cannot wait to see the England team in action at St. James’ Park, in what is another thrilling sporting event arriving in the city.

“Being able to host some of the best players in the world before they head off for the world cup is fantastic and another huge step towards reinforcing Newcastle’s legacy as a sporting city.

“Sport is at the heart of communities across our city and the iconic St. James’ Park sits proudly in our vibrant city centre, it is easy to see why the RFU picked Newcastle to be the host for such a special occasion.

England head coach Eddie Jones said; “It is great news to be able to take England to another part of the country and Newcastle will be fantastic hosts like they were for matches here in 2015.

“We look forward to playing in front of a great Northern crowd.”

““We are proud and excited to play host to Eddie Jones and his team, in what promises to be an amazing event ahead of their trip to Japan.  It’s an opportunity to showcase everything the stadium and the city has to offer, and cements St. James’ Park and Newcastle’s reputation as a world-class Rugby destination.”

Tickets will be on sale from 10am on Monday 28th January and can only be purchased via the official England Rugby ticketing site – www.englandrugby.com/tickets

Tickets will start at £25 for adults and £15 for juniors.

The RFU and Newcastle City Council are urging fans not to buy tickets from unauthorised selling sites or touts as they risk losing their money and potentially being refused entry to the match.

Newcastle’s growing reputation has seen the city host high-profile events across both codes of the sport. It warmly welcomed fans from across the globe when it hosted three Rugby World Cup games in 2015 and has been the home of four record breaking Rugby League Magic Weekends since 2014.

Read More »
December 15, 2021
PrevHave you read?First look at Newcastle’s new Ice Bar: what’s it like inside?
Next read...Pride is coming back to Newcastle bigger and better, and this year it will be taking over two locationsNext