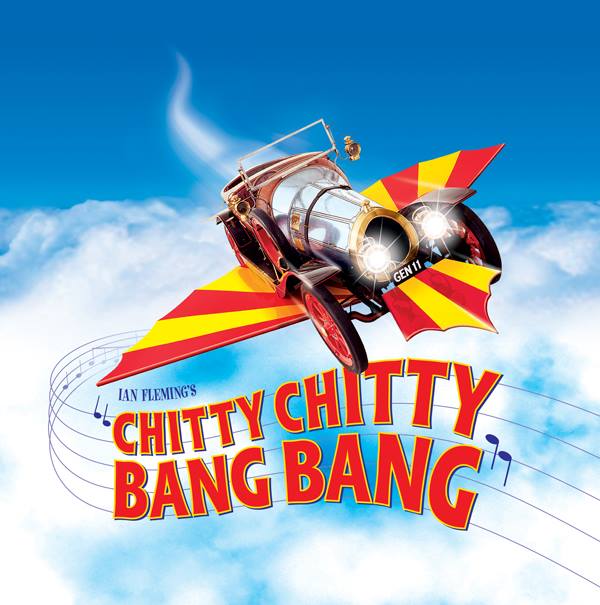 Chitty Chitty Bang Bang, which will have audiences of all ages flying high with its mixture of madness, intrigue and exuberance when it arrives from Wed 1 – Sun 12 June 2016.

Can the loveable but whacky inventor, Potts, along with his two children and the gorgeous Truly Scrumptious outwit the bombastic Baron Bomburst who has decreed that all children be banished from his kingdom? What happens when the children are caught and imprisoned with the other youngsters by the evil Childcatcher? Will it all end happily-ever-after?

Well, of course it will! Having broken all box office records in the West End, this fun-filled production from the team that brought you Fiddler on the Roof and The King and I promises laughs and magic galore – and Chitty herself!

Chitty Chitty Bang Bang has music and lyrics by Richard M Sherman and Robert B Sherman, who were also responsible for Mary Poppins, The Slipper and the Rose, The Aristocats and The Jungle Book. The Sherman Brothers have won two Academy Awards with a further nine nominations, two Grammy Awards and they have received 21 gold and platinum albums.

The film made from Ian Fleming’s classic story has been adapted for the stage by Jeremy Sams, based on the MGM Motion Picture Licensed Script adapted by Ray Roderick.

This new production of Chitty Chitty Bang Bang will be directed by West Yorkshire Playhouse Artistic Director James Brining, with new choreography by Stephen Mear. There will be a live orchestra with Musical Supervision by Stephen Ridley. Set and costume design is by Simon Higlett, lighting design is by Tim Mitchell, sound design is by Ben Harrison and video design is by Simon Wainwright.

There will be sensational sets and stunning special effects and, of course, the memorable score by the Sherman Brothers, which includes such standards as Truly Scrumptious, Toot Sweets, Hushabye Mountain and the Oscar-nominated title song Chitty Chitty Bang Bang.

This production is presented by permission of Josef Weinberger Limited on behalf of Music Theatre International of New York.

TICKETS
Tickets from £23 (pay 50p less per ticket when you book online). Tickets can be purchased from the Theatre Royal Box Office on 08448 11 21 21, (calls cost 7p per minute plus your phone company’s access charge) or select your own seat and book online at: www.theatreroyal.co.uk