Tyneside Community Groups could now benefit from thousands of pounds… 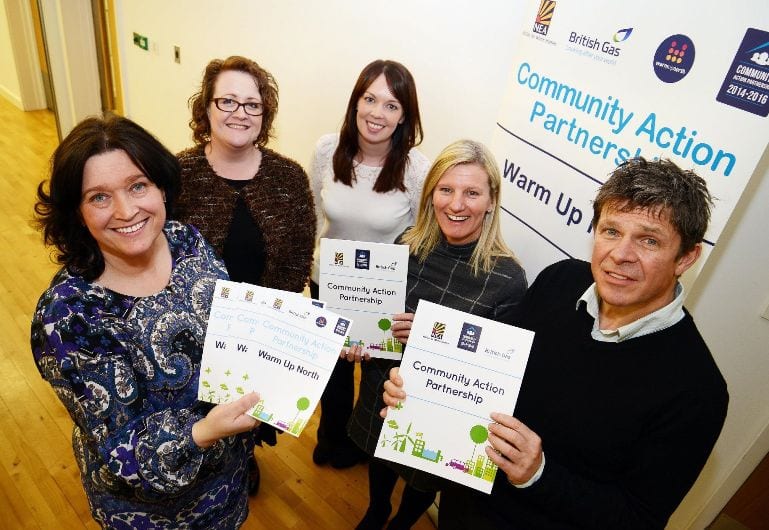 TYNESIDE community groups could now benefit from thousands of pounds by referring eligible people for heavily subsidised gas boilers after a new scheme – the first of its kind in the country – was unveiled in the region today (Tuesday, 24 March).

National Energy Action (NEA) and British Gas have teamed up with Warm Up North to launch a Community Action Partnership (CAP) in the North East. The region is the latest of eight areas across Great Britain to benefit from this £1.2 million British Gas community investment programme.

Selected charities and community groups will initially be able to refer people to Warm Up North to find out if they are eligible for heavily subsidised gas boilers and other energy efficiency measures, such as loft and cavity wall insulation. For every successful gas boiler install the selected charity or group will receive a £50 award from British Gas to reinvest in their community projects.

Age UK, which has branches in the nine Warm Up North Local Authority areas, is one of the first confirmed organisations. As part of the launch, NEA, British Gas and Warm Up North are looking to invite other organisations, who help harder-to-reach households and communities, to express an interest in applying to be part of the scheme.

As part of the project, NEA will be providing information and support to the front-line organisations over the coming months to help local people benefit from warmer, more energy efficient homes. In the region, more than a tenth (12 per cent) of households is classed as being in fuel poverty.

Maria Wardrobe, director of external affairs for NEA, an organisation based in Newcastle, said: “With temperatures still low in the North East the need for an efficient heating system has never been greater. Community organisations are really well placed to identify those who can benefit most, helping them to live in warmer, more energy efficient homes.” As part of British Gas’ commitment to supporting householders in the North East, it also recently launched the Energy Challenge in Newcastle to help people save energy by offering practical advice and information.

Stuart Margerrison, director of business installations at British Gas, said: “Warm Up North has already helped more than 3,000 households with over 3,700 new boilers and insulation measures. “We’re pleased to offer charities the opportunity to work with us to help people who really need a new boiler whilst also being in with the chance to receive £50 for every successful installation. We want to help as many people as possible in the area to benefit from this great community scheme.”

For more information on Warm Up North and how the partnership is helping to make homes more energy efficient call the team on freephone* 0800 294 8073 or visit www.warmupnorth.com

Any local charities or community groups can express an interest to be considered for the Community Action Partnership by emailing Maureen Fildes at NEA via: Maureen.Fildes@nea.org.uk