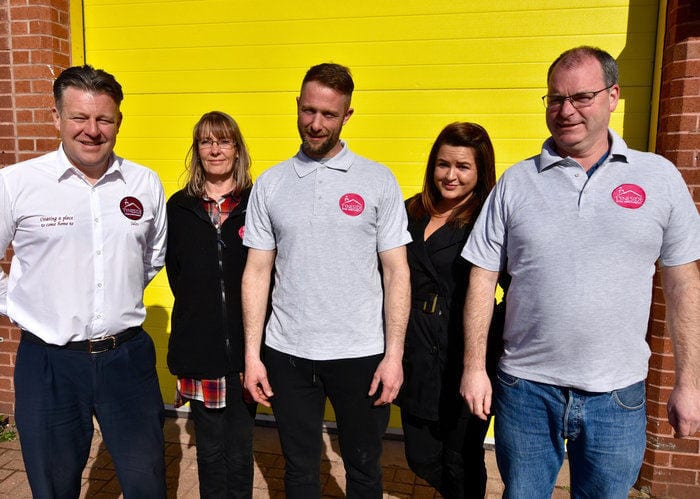 A downturn-defying north east company is celebrating after posting record breaking million pound turnover figures – despite opening at the height of the recession.

Tyneside Home Improvements, based on Jarrow’s Hanlon Court has gone from a starter business to a multi-million pound firm and perhaps more impressively continues to grow in terms of new positions for staff and services – all in less than five years.

The firm reported sharp four-year increases from 2012, with turnover up from £30,000 to £3m, a 50% year-on-year growth and a jump from three to 30 staff, with 15 new staff members needed by the end of 2017 alone to support their growth. As well as the impressive growth, they’ve recently won the Supalite Roof Supplier of the year for the fifth consecutive year.

“But over the years we’ve taken on board the lessons we’ve learned and through hard work and quality service we’re at the point we are today having weathered the storm and we’re coming out the other side stronger than ever.”

The good news continues for Tyneside Home Improvements as the growth shows no signs of slowing anytime soon. The company is currently on the lookout for two office assistants, joiners, heating engineers and plasterers for immediate starts – such is the remarkable demand for business.

Kerr says the new jobs are a testament to the company – whose turnover has shot up 10 fold in four years – and their north east roots, as well as their dedication to do right by the region.

“As a company, we were born in the north east so we feel a big commitment to the area.

“Any way we can give back to the region, be it through our recent charity drive, or the jobs we are creating for the people of the north east, we are more than happy to help.”

Tyneside Home Improvements’ charity efforts offers Facebook followers the opportunity to vote monthly on a charity to receive £500 to celebrate their Supalite roof supplier of the year awards, from 2012-2016.