Viva Brazil – From Rio with love 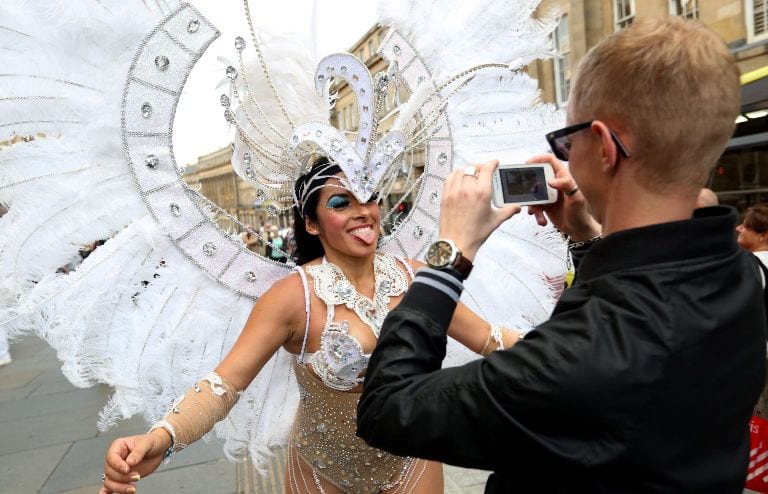 If you were walking down Grey Street last night you’d have been forgiven for thinking you’d been transported to Rio during Carnival than in the humble Toon! Viva Brazil, Newcastle’s newest restaurant, held a VIP launch event ahead of its official opening this evening amid a flourish of feathers and drum beats.

I consider myself well versed on all things Brasilia having a native other half, and I’ve just returned from my first visit to his home land. Because of this local knowledge I’ll skirt over the fact samba girls dancing at the Viva opening are as geographically accurate as using a Beefeater to promote a Fish & Chip restaurant. We know pretty girls in bikinis will grab the public’s attention, and we’ll leave it at that! Most people will say, if asked what they know of Brazil, Carnival, beaches and football. I know otherwise.

Because of this local knowledge, there was some trepidation around this new eatery opening on home territory for me. We have historically visited Fazenda in Leeds and Manchester, and also tried Troperio in Nottingham. We’d not heard of the Viva Brazil chain, but hoped it would remain true to the spirit of churrascaria. We were greeted with Caipirinhas, which the other half said were good attempts. I found my favourite Brazilian soft drink, Guarana, being served behind the bar, so Viva was certainly ticking the boxes.

The interior is not what I expected, but I like it. One of the pervading memories of my holiday was the amount of graffiti that adorns almost every building in Porto Alegre. Far from making the city look dirty and rundown I felt it added spirit and character. The walls of Viva Brazil are decorated with various pieces of Art in a similar vein. It was difficult to tell how the restaurant will be set out as they’d clearly moved things round to accommodate more bodies, so it will be interesting to return and check out where the salad bar and Feijoada (black bean stew) will be housed and how much will be on offer.

So, onto the food! Unless you are offered the full menu at a launch it is difficult to know what normal service will be like. Having visited a Rodizio before I can say that you will have someone visit the table with various cuts of meat, and you can eat as much or as little as you want. Viva Brazil offer this at £24.95 after 5pm all week, and there is a Vegetarian alternative also offered.

We sampled their Pão de Queijo (cheese bread), Coxinhas (breadcrumbed balls of chicken), various little nibbles of delicious meat (my favourites were the chicken & bacon and the Picanha) and Chicken Hearts. As certain things aren’t to everyone’s taste the fact this is a ‘choose your own’ means you can get to sample things you may not have had in the past or, like me, avoid like the plague!

The highlight of the evening for me was their grilled Abacaxi (Pineapple), which is coated in cinnamon. I’ve tried this many places, but Viva Brazil seem to have it spot on. It’s a great palate cleanse after all that meat, and I’d highly recommend anyone visiting gives it a try. We were also delighted to see Pudim in the Dessert Menu.

The other half and I are looking forward to returning soon and giving it the proper Canny Food reviewing treatment. We were very impressed by what we saw and ate during the launch event, and it’s clear a lot of time has been spent on ensuring it matches the traditional churrascaria experience as is possible outside Brazil. We wish them every success over the coming months.