Do you dream of supporting a Newcastle team that wins plenty of silverware? 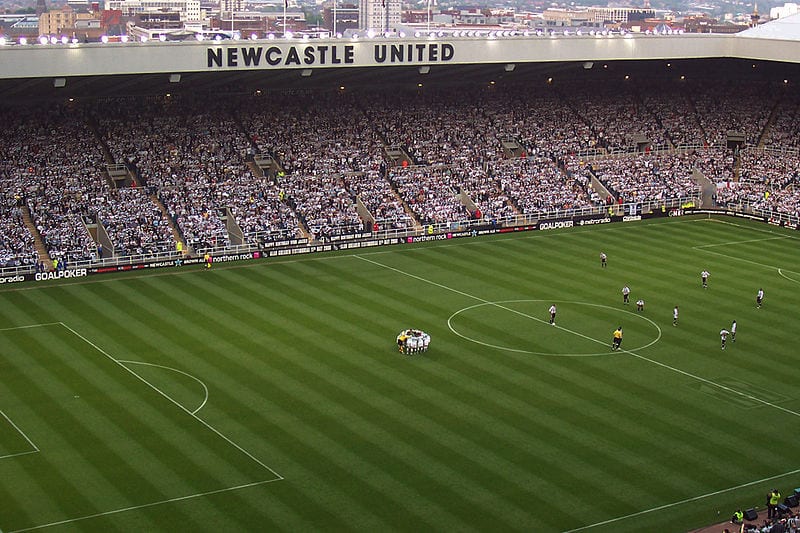 While one Newcastle team is facing relegation, fan walkouts and yet another disappointing transfer window, another is riding high in the top three and getting ready to move to a brand new stadium.

The mess at Newcastle United has led many fans to question renewing their season tickets, sick of the lack of ambition at the club.

Yet over at another Newcastle team, which Sir John Hall also helped massively in the 90s, the story is very different.

And frankly this team, the region’s most successful by far, is much more fun to support.

Currently riding high in third place in the British Basketball League the Newcastle Eagles are getting set for their first game in their brand new stadium this Friday (11 January).

The ESH Group Newcastle Eagles will take their first steps on court at the Eagles Community Arena in a sell-out Championship clash.

Taking centre stage in their multi-million pound purpose-built home, the Eagles will be vying to catch the Sheffield Sharks and London Lions at the top of the league.

The ESH Group Newcastle Eagles are the most successful team in the British Basketball League, having won six championships and a hat trick of clean sweeps (the loose equivalent of a football treble) in the last 15 years.

So the region’s most successful sports team will be looking to challenge for another title this year.

And they’ll go into the first game at their new home, which is just off Scotswood Road, with confidence high after big away wins at Leicester and Plymouth.

With the Eagles future much brighter than Newcastle United’s, club owner Paul Blake has a better relationship with fans than Mr Ashley.

Expressing his joy at being able to welcome a sell-out crowd to the first home game of 2019 he said:

“It’s been quite overwhelming if I’m honest. I always hoped that we could share an historic night for basketball in Newcastle with as many people as possible.

“But to sell out the first game more than 48 hours before tip-off is testimony to the passion and commitment of sports fans across the region.

“I can’t thank people enough for getting right behind the club, the Eagles Foundation and Fab and his team.

“It means so much to everyone who has fought tooth and nail for so many years to see this exciting vision realised.

“There were times when I wondered whether it would ever happen but I can’t wait to experience a BBL fixture in front of a capacity crowd at the new arena.”

And Blake is hoping the Eagles can carry on their winning form into their next home games.

“Those fans who have missed out on the first game don’t have long to wait before we’re back in action in our new home,” he added.

“Manchester Giants are in town on January 18 and that looks like being a great game too. There’s already been a huge amount of interest in that match so I’d advise fans to get their tickets early to avoid disappointment.”

Tickets are on sale now for the second game at the new venue against Manchester Giants next Friday.

Read More »
December 15, 2021
PrevHave you read?Got the January Blues? This comedy at the Theatre Royal will help you have a have a good giggle
Next read...Those who know are heading to Grey Street…Next