Why is Christmas getting earlier every year? 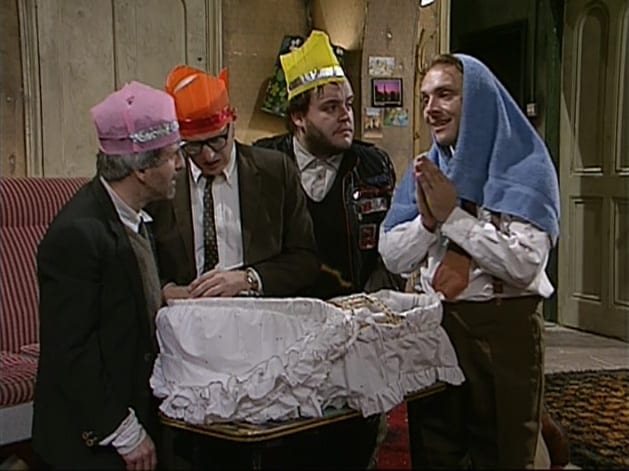 Actually, I feel like I’m getting there a bit late. Why? Because for the last month, my inbox has been teeming with offers of Christmas showcases, Christmas menus, hell, I was even sent the menu for our office Christmas do LAST WEEK.

I’ve had to select a meal that I won’t sit down to eat for another two and a half months, by which time, I’ll have forgotten what I actually ordered.

Paperchase is selling 2015 calendars, which is doubly depressing when I still have ‘buy calendar’ on my list of 2014 jobs.

As the grab for festive bums on seats gets intensifies, the city’s bars and restaurants are churning out festive menus at a rate of knots.
As I look out of my window, the sun is shining and I’ve just rolled up the sleeves of my pastel coloured shirt.

I couldn’t be further away from wrapping tinsel round my head and showing passers-by my hilarious musical jumper if I tried.

Only today, I had an email from one city centre pub screaming that ‘Christmas is Coming!’ No it isn’t. It’s nearly 100 days away. Or three months, as most people like to call it. We’ve not had autumn yet.

Maybe I’m a Scrooge; maybe it’s the memory of Christmas office parties past (not that I can remember many of them); I’m just not in the zone. But at three zillion covers in three weeks at £40 a head, the food and drinks industry can barely contain themselves.

Is this why it’s getting earlier every year? The rabid commercial scramble is driven by the fact that Christmas is now so lucrative.

Although in recent years, companies have been less inclined to book lavish meals for their staff as recession took hold of the purse strings and the annual knees up became more about tax efficiency and claimable expenses rather than who might kop off with who and spending the monthly photocopier toner budget on bum cheek art.

Christmas diners have needed wooing a lot more than they used to. On top of that, many in the industry claim the last two years have seen a drop off in bookings and an increase in walk-ins over Christmas, as punters get more deal driven and less worried about getting a table at their favourite spot, which used to see them book months in advance.

So the emails start to go out in September. Then August. And so here we are. Ordering our bread sauce before advent calendars have even appeared in the supermarkets.

Don’t be surprised if it starts so earlier with every passing year and we actually have to celebrate Xmas 2015 before the end of this year.

So as you all book your corporate Christmas meals hoping for a good stuffing rather than an absolute turkey, remember that the acceleration of the ‘Christmas creep’ means that you’ll probably start seeing Easter Eggs in the shops before you actually get to eat it, and that Valentine’s Day pressure will probably start being applied on you before you’ve managed to get through all those Boxing Day vol au vents.