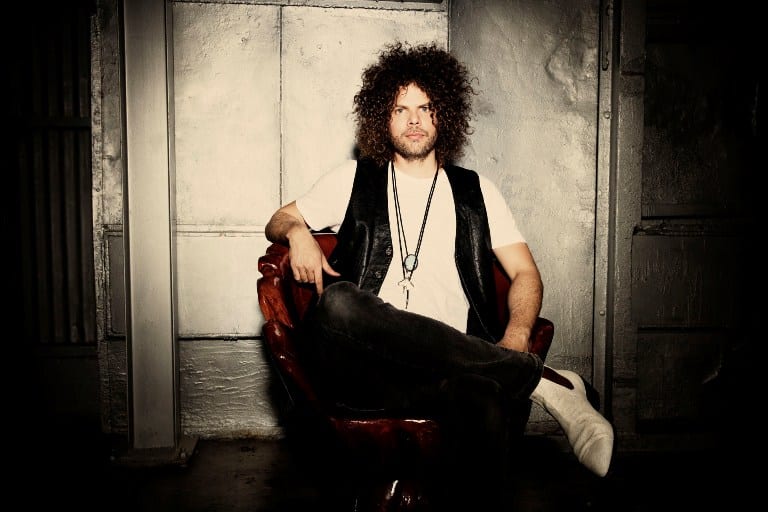 It is clear that Wolfmother have made a mark on the music world, with their self-titled debut hitting Gold in the US, Canada, and UK, and triple-Platinum in Australia. Their songs have featured on blockbuster ﬁlms and video games, and they were even invited as guests to Led Zeppelin’s induction into the UK Music Hall of Fame.

Hailing from Sydney, Australia with a knack for scorching riffs and anthemic vocals, Wolfmother are returning to the fray with fresh music and a North American/European tour kicking off midFebruary. ”Victorious” is their fourth studio album and it feels like a musical renaissance for the band.

The album’s material was written with the same creative approach as their debut, with Andrew Stockdale (vocals, guitar, bass) writing parts on every instrument. The frontman believes this marks their return to the original formula, saying: “We wanted to get back to that big sound. The album is a balance of garage-y energy and big production. It’s wild energetic and perfect for a festival main stage”.

Previously, Wolfmother have drawn comparisons to artists across genres. Black Sabbath, Led Zeppelin and The White Stripes are frequently mentioned in the same conversation as Wolfmother’s sound. You can expect the same type of diversity in “Victorious”, an album that plays like a grand buffet of musical experimentation and fortiﬁed hard rock.

The opening track “The Love That You Give” begins with the standard Wolfmother formula of stadium vocals and ballsy riffs. Stockdale’s playful handling of both makes for an addictive chorus, and little of the organic sound is sacriﬁced in the mix.

The album’s main single “Victorious” is a triumphant, galloping number which stretches the vocals to near breaking point. The high harmonies work well and contrast the thinner bridge section (“don’t you ever get tired, and feel like giving up”). Duelling guitar and bass parts amp up the power, with an eclectic offering of drum parts beeﬁng it up well.

“Gypsy Caravan” takes a more bluesy approach, with the drumrolls and blistering guitar meeting the lyrical descriptions of solitude and roaming. The bridge has a quintessentially Wolfmother ﬂair: a blend of piercing organ and smooth bass leading to a solo which will have you reaching for your air guitar.

“…Victorious” is an album with bite that has a right to its namesake.”

The sole acoustic song of the album, “Pretty Peggy”, is a country ballad that leans further towards pop mainstream than the other songs. Whereas newer fans will enjoy Stockdale’s take on a southern love song, it may not appease the veterans. Bright twinkling acoustic guitar is a change of pace, but the chord patterns and vocals feel too similar to Fun’s “Some Nights”.

Perhaps the dark horse for best track on the album is “Baroness”, a song of unrequited love which captivates with a curious blend of fat funk chords and classical styled scales. The kettling discordant guitar intro is full of attitude, and the experimental soloing feels like Lenny Kravitz playing from a Mozart chart.

Stockdale’s rising harmonies against airy backing vocals in the chorus mark a seasoned musician, and his ability to construct melodies such as these single handed could mark the rise from talented musician to virtuoso.

On the whole, “Victorious” is an album with bite that has a right to its namesake. It demonstrates progression of musical ideas and a return to Wolfmother’s roots, whilst showing those who discount them as one-hit wonders the depth they possess.

Andrew Stockdale’s quip on being perfect for a festival main stage may soon come to fruition, with an epic selection of songs that will make old and new members of the pack hungry for more.

“Victorious” is released on February 19th, and their UK tour brings them to O2 Academy Newcastle on April 10th.