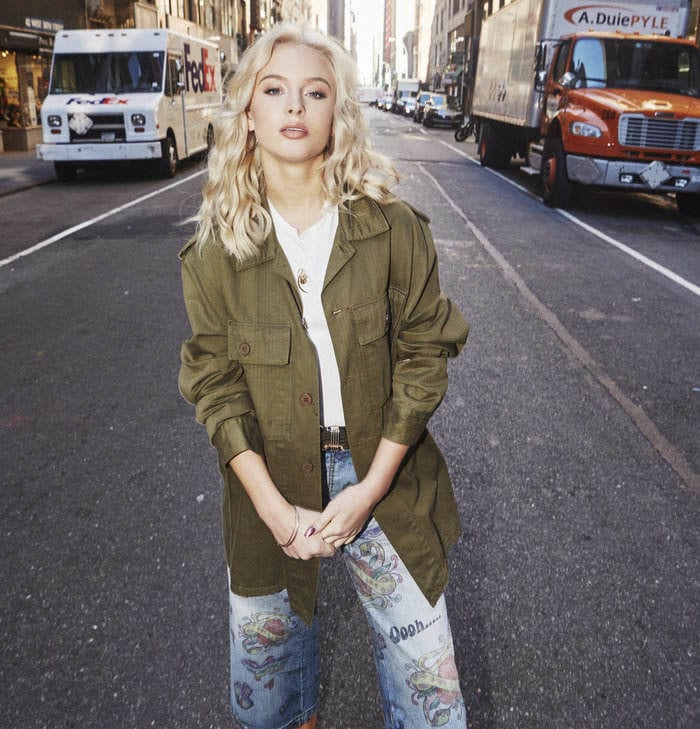 Commencing on the 13th October in Iceland, Zara will also be travelling the length and breadth of the UK on this tour, including a date at London’s Eventim Apollo on 24th October.

Her debut album, ’So Good’ entered the UK official Albums Chart at #7 and includes the #1 single ‘Symphony’ with Clean Bandit. Zara has also just launched the video for her new single ‘Don’t Let Me Be Yours’ and it has already racked up 7 million views.

Having started 2017 with two BRIT Award nominations and an NME Awards nomination for ‘Best New Artist’, and completing a tour in the US with Clean Bandit, Zara is back in London this week performing her first headline London show at the O2 Shepherd’s Bush and is gearing up for an incredible festival season, with performances confirmed at; The Isle of Wight Festival, Wireless, Wild Life, Parklife Festival and Capital’s Summer Time Ball.

Zara has graced the cover of NME and most recently NOTION magazine, as well as

featuriing in Time Magazine’s 30 most influential teenagers. She has undoubtedly become one of the biggest and most exciting breakthrough artists of the year.

Smart, funny, honest, strong, inspirational, opinionated and unapologetic with a bucket load of talent, a true popstar in the making!

TICKETS GO ON SALE ON FRIDAY 9th JUNE AT 9am

‘SO GOOD’ IS AVAILABLE TO BUY NOW VIA: